At the Grave of the Unknown Fisherman - John Gierach

Home / At the Grave of the Unknown Fisherman - John Gierach 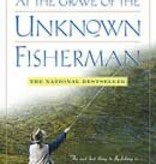 At the Grave of the Unknown Fisherman marks a significant event for John Gierach and his legion of fans. It is his first book of linked essays on a single theme, his first unified book on his favorite topic; the vagaries of the fishing life. Gierach takes readers with him through the year, from his early spring forays out of his house after resisting the temptation to go ice-fishing, to the end of the season in his beloved Rocky Mountains, when the snows begin to pile up and getting to the river is all but impossible. In between he travels to Wyoming and Nebraska, among other places, to fish and muse on the fishing life. He writes about his fishing buddies and how they invariably deem every trip a success even when, he says, "the best that could be said is that none of us drowned." He contrasts trout and carp (or "lowly carp"), observing that if you wanted to sip white wine and discuss poetry, your companion would be a trout, but if wanted to dig a ditch, you'd want a carp.

As always, Gierach is shrewd and observant, brilliantly capturing human nature as it expresses itself on trout waters. And, also as always, he tosses off more than his share of memorable one-liners: "I've learned that the trick to being a happy fisherman is to be easily pleased." And, "anyone would go fishing thinking he'll catch something. It's when you go figuring you probably won't that you know you've crossed some kind of line." For those who have crossed the line, the new Gierach is here.

ABOUT THE AUTHOR:
John Gierach is the author of numerous classic books about fishing, among them Sex, Death, and Fly-fishing and Standing in a River Waving a Stick. He is a contributor to Field & Stream, Gray's Sporting Journal, and Fly, Rod & Reel, where he is a regular columnist. He also writes columns for the Longmont (CO) Daily Times-Call and the monthly Redstone Review. He lives in Lyons, Colorado.

Add your review
0 stars based on 0 reviews
Tweet
Add to wishlist / Add to compare / Print
By using our website, you agree to the use of cookies. These cookies help us understand how customers arrive at and use our site and help us make improvements. Hide this message More on cookies »