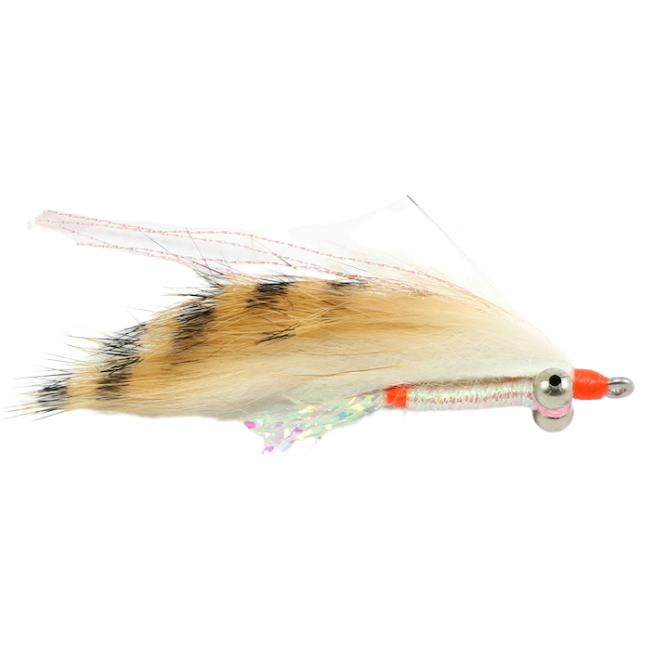 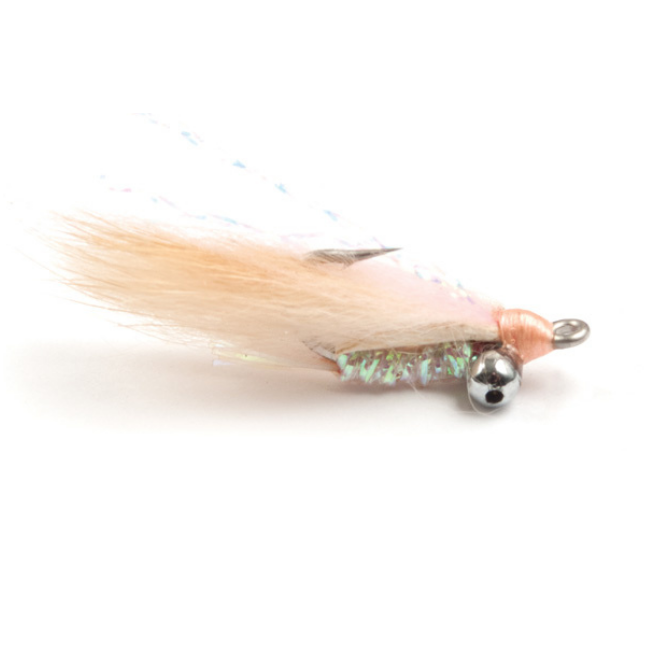 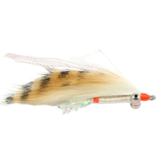 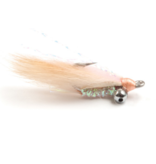 "Cowen’s Bonefish Scampi was designed back in the mid 1990’s after coming back from a week of fishing at Rupert Leadon’s Andros Island Bonefish Club. Back in the 90’s the most popular bonefish flies were a Gotcha, Crazy Charlie, tan Clouser and a Peterson’s Spawning Shrimp. While fishing with a different guide each day the talk eventually came to flies for catching big bonefish and or finicky bonefish. These guys were fishing nearly 200 days per year so who would know better than them. The key factors to what they wanted was a longer wing and something that moved and breathed in the water.
-
When I got back home to CT I sat at the vise planning my next trip and thinking of what I had been told by my guides. Rabbit was the answer to how to make a fly move and breathe in the water. Nothing moves in the water like rabbit whether being retrieved or when at rest. Adding a polar fiber wing allowed me to have the most supple and translucent material to use as a wing. What turned out was a Gotcha on steroids of sorts.
-
The following year the Scampi had performed better than anticipated. While big single bonefish ate the fly providing I had tied a longer than normal wing, it was the finicky packs of bonefish that showed no signs of passing up my offering. Since that time in Andros the Scampi has fished well throughout all of the Bahamas as well as Mexico, Belize, Los Roques, the Seychelles and even the Florida Keys. Fly Fisherman Magazine voted it the BEST flats fly in 2002’. Tying it with different weights to help its sink rate or quietness is the key when adding them to your fly box. Twenty-five years later, Umpqua Feather Merchants still has the Bonefish Scampi added to its assortment of must have bonefish flies. It has become a tried and true bonefish fly which later we found out also happens to catch carp, redfish and striped bass that are sucking in crustaceans." - Signature Tyer Henry Cowen