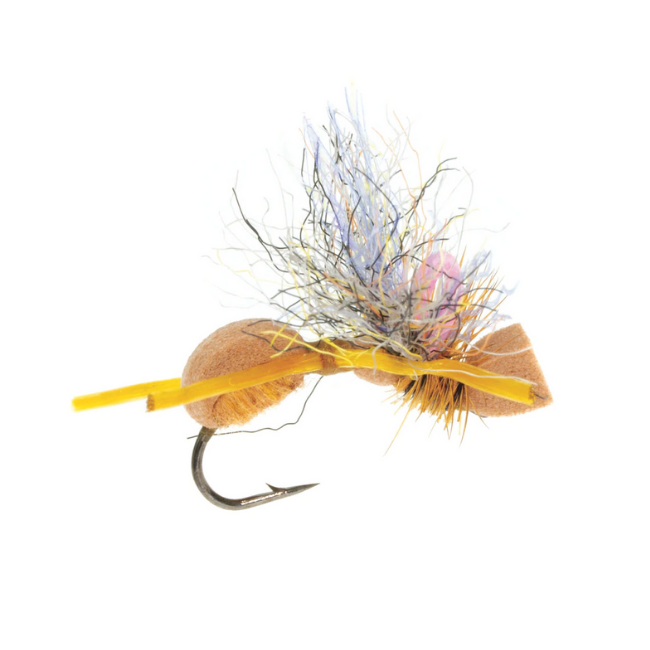 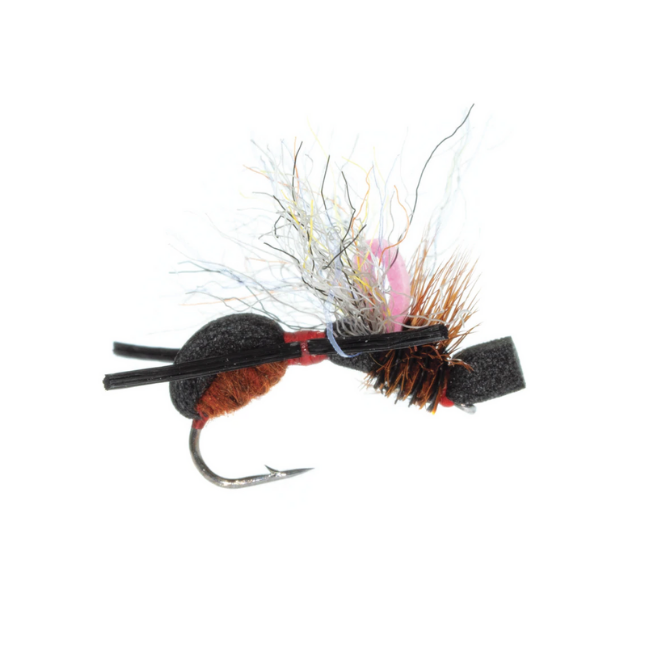 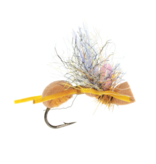 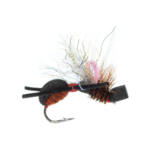 "The Fat Angie began as a notion that has rolled around in my head for over 10 years.

I’ve always wanted to design a general terrestrial pattern that wasn’t so specific as to imitate only an ant, or only a beetle or only any one of the variety of wingered/stingered critters I’ve seen drifting along current seams over the years.

While the Fat Angie started as a much more realistic and singular imitation of a flying ant, it has morphed into a far more general attractor pattern that lends itself well to a variety of insect types.

Tied on a curved Klinkhammer style hook to set the butt end realistically down in the surface film and a foam body for both durability and flotation, the Fat Angie is finished off with durable super floss legs, a hot pink indicator for visibility and a multi-tonal polypropylene macramé yarn wing.

This wing is simply the most buoyant material I’ve ever used and it’s topped with a few strands of UV Blue Ripple Ice Fiber to add some sheen. I find myself throwing Fat Angie where I used to use a Stimulator or other attractor dry.

The Fat Angie is my first release in the new era of dry-dropper patterns with its large surface area and slim profile. Save some bin space for this one, it’s gonna be big."