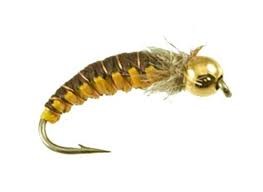 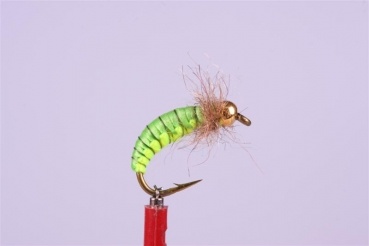 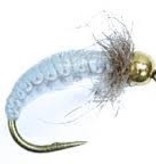 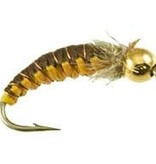 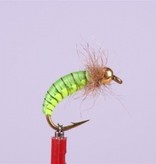 This fly is a must have for any serious Czech nympher.  We have fished and tied this fly now for two years and it is unbelievable how well it works.

This is nothing more then a woven grub by the looks of it; with two tones and tungsten bead and a super slim profile to give it a faster sink rate, the fly rotates in the water giving the fish a look at the two tones flashing before them and entices strikes from even the most stubborn trout.

Vladi Trzebunia of Poland and the Polish Flyfishing team designed this pattern to win the World Fly Fishing Championships in 1989. That year, with this fly and the newly created method of fishing known today as Polish nymphing, Vladi caught more fish by himself than the next three ranked teams combined. If that doesn’t speak for the fly and this technique, then I don’t know what does. From that day on, the Polish nymphing technique (later altered by the Czech team and now known throughout the flyfishing world as Czech nymphing) has ruled the waters during most flyfishing competitions.